While at the Author Expo (NEAE) in Danvers, MA, yesterday, I encountered a LOT of authors and illustrators, a mythical fey creature, and three wizards.

And those three wizards wouldn’t stop staring at me, like I was one of the Dark Lord’s minions.

Ron, Hermione, and Harry Preparing to do battle with Author, Kristina Schram

Look at that stink-eye they’re giving me!

But by the end of the expo, I convinced them I wasn’t evil and we became friends. Sort of…

Happier times with Harry and those other two…

I made new contacts and did a fun, brief interview about monsters with Christopher Ouellette for an upcoming podcast for bestselling author, Jeremy Robinson’s Beware of Monsters, which I’ll link you to when it comes out. To top it off, I developed a new story idea for a paranormal gothic romance. I think my new wizard friends were helping me out. It pays to have wizard friends, don’t you think?!

January 12, 2009 / Kristina / Comments Off on More Good News and a Helpful Link for Published Author Wannabes 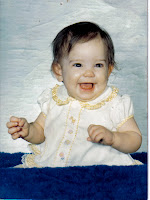 That’s probably one of the longer titles in existence, but I can’t help wanting to share the confirmed good news about my book, via the blog link down below. You can also hear some real world advice about marketing that thriller author, Jeremy Robinson, has learned first-hand. It’s a reality check for most of us, but better to know upfront than to be surprised and not ready to help your book do well, even if published through a major publisher in bookstores. Jeremy has gone from being self-published to scoring a 3-book deal with Thomas Dunne so he knows what he’s talking about.