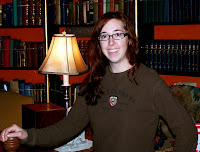 Note: I’m reposting the following because 1) I am lazy, and 2) because I thought you might benefit from my many, many mistakes. So really, I’m doing this for you.

As I am currently editing book two of the Anaedor series, I thought I’d try to capture some of the problems I’ve found and pass them along to you to fix. I mean, learn from. Of course, I was nearly at the end of the book when I discovered something I wished I had figured out 400 pages earlier.

I use too many words!

The following are real world examples of changes I have made that I think will make my book flow better. First, I’ll present the original sentence/phrase, then show how I made it better (I hope). The changes are subtle, but important, I think. Obviously, you’ll have to generalize to your work, but I believe it is quite doable.

1a. I have just recently taken in a group of Lost Ones who are in desperate need of a new home.

1b. I have recently taken in a group of Lost Ones in desperate need of a new home.

*See how those 3 words (just, who are) are unnecessary? Plus, I just have to get away from using the word ‘just’ too often.

2a. They’ve been traveling for ages and hiding out for too long. They must settle soon. They need a home.

2b. They’ve been traveling for ages. They must settle soon.

3a. Her beady eyes narrowed doubtfully. “’But I thought Blendars supported Humans.”

*Excessive use of the but word. Stop immediately. Same idea can be applied to the and word.

4a. “I have more to tell you!” she shouted excitedly, her voice booming. “You and your clan would benefit greatly from hearing my words of wisdom.”

4b. “I have more to tell you! Your clan would benefit greatly from hearing my words of wisdom.”

*I have been working on eliminating extra wording in between bits of dialogue based on a workshop I attended on dialogue by playwright, Tom Dunn. He likes to use only dialogue and nothing else. I’m not that talented, but I can apply his thinking to a lot of what I do.

5a. Ian broke in, making it clear that he didn’t find it to be that way in the least.

5b. Ian broke in, making it clear that he didn’t find it that way in the least.

*This change sounds better in context. I eliminated the phrase ‘to be’ because it made the sentence clunky.

6a. Realizing what was going on, all three Pirahnies gave an ear-piercing roar and lunged at the newcomer who was taking their meal away.

6b. All three Pirahnies gave an ear-piercing roar and lunged at the newcomer taking their meal away.

*I have learned that using the phrase who was or who is, is often not needed. More unnecessary words to clutter your work.

7a. I began to mumble the words to myself.

7b. I mumbled the words to myself.

*began to, started to…don’t overuse these phrases. They take away from the action of the sentence.

8a. the wiles of a Mermaid

*Use of the possessive, where practical, eliminates extra words and awkward phrasing.

9a. The helmet was covering his eyes

9b. The helmet covered his eyes

*Make your verb as active as you can.

10a. Even worse was that Loria believed the arrogant charlatan

10b. Loria believed the arrogant charlatan

These are only ten examples from the hundreds that I make in a day of editing. It’s a learning process that can be both frustrating and rewarding. I hope these concrete examples make some sense to you and are applicable to what you’re doing. I will pass along more tips as I continue this process…I’m sure there will be plenty more.

And remember: Writing is like life. Plan on making lots of mistakes.

The Mermaid of Muses