The Different Ways to Publish 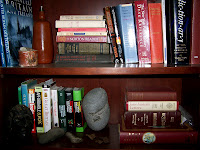 I recently heard about a new writer who is considering going the self-publishing route because in doing so, he would rake in all the profit. After thinking about his reasoning, I decided to offer my perspective on the three big ways to publish a book, based on what I’ve learned over the years. This is only meant to be a guide. Be sure to research each option on your own (that’s a nice way of saying don’t hold me accountable for anything I say here).

There are three major ways to publish your book:

All ways have their positives and negatives.

1) Publishing via a big publisher:

a. More knowledge – Big publishers know the trends, the markets, the way things are done. They know what sells and how well it will sell (for the most part). They have the editors, the artists, the layout team, the sales team. You won’t be going it alone, that’s for sure.

b. More reach – Big publishers are established all over the country and throughout the world. People know who they are and, as we all know, half the battle is name recognition. Readers sometimes base whether or not they’ll buy a book based on who published it. I don’t do this, but I’ve seen other, weirder, people do it.

c. Better access to bookstores – Bookstores typically don’t want to take on self-published or POD books. Why? Because they can’t send them back to the publisher if they don’t sell. That means, they aren’t as likely to take a risk on you.

a. Very hard to get a deal with one. Everyone and their mother wants to be a published author (seriously, my mother is a writer, too). There’s a lot of competition out there and you are one of thousands and thousands, maybe billions.

b. New authors don’t get much of a marketing budget, if at all. Better established authors are doing more and more of their own marketing, as well, these days. So if they aren’t getting much, you probably won’t get bupkis. In fact, you might have to contact bookstores and ask them to order your book. I met an author who realized this the hard way. Her book was released through a relatively major publisher on a certain date and she was all excited so she walked into a local bookstore on that day to find her book, only to discover the store didn’t have it. Nor did they know it existed.

c. Less money off the deal. More people work for bigger publishing companies, and they want a piece of the pie, too. If you have an agent, you get even less.

d. Less personal attention. Face it, big publishing companies are like any big company. It seems that the bigger you get, the harder it is to maintain that one on one devotion to the individual. Plus, they’re dealing with a lot of writers, each of whom wants the best for their book.

2. Publishing via a small publisher

a. Easier to get published through one. Simply put, there’s less competition, and for the obvious reasons (basically in that they don’t have the same advantages as larger companies).

b. More of a personal touch. If you show promise as an author, small publishing companies are going to want your business. They also have fewer authors, so they have the time and energy to devote to you. It’s a nice feeling.

c. More say and control in final product. This goes along with the personal touch. Small companies have a lot to learn, especially when starting out, and still believe that the author might have something important to contribute, beyond writing the book.

d. You don’t have to have an agent. Well, you don’t need an agent with a big publisher, either, but smaller publishers are simply more accessible (especially via their website) so you don’t need your agent to take one of their representatives out to lunch. You can contact them yourself!

e. Some small publishing companies really rock – they’re just small! I’m learning more and more that smaller companies put more effort into everything they do, at every level. Maybe it’s the, “We’re small, so we have a lot to prove.” I’m small and I feel that way sometimes. But smaller companies also tend to hire people who are passionate about their work. They still believe they can make a difference and are in the business for the love of it. You’ll probably find these people in bigger companies, too, but I imagine, like any big business, individuality/creativity can get stifled in exchange for the almighty dollar.

a. Less outreach. Not to beat a dead horse, but small companies just don’t have the long arms. Not in the beginning anyway. Often, they’re just starting out and building contacts. That means your book is going to see fewer stores.

b. Books are more expensive to publish, therefore more expensive to buyers. I’ve seen some regular-sized, paperback books selling for between $20 and $25. People might pay that for a hardcover, but they’re much less likely to do so for a soft cover by an unknown author.

c. Bookstores are typically not interested in taking on your book if it’s POD (unless local and you take the books back after a certain amount of time). As I said earlier, they don’t want something they can’t give back. There are ways around this, however, for some bookstores. You will simply have to do the legwork to find out for sure.

1. Anyone can do it. That’s right. Anyone can publish their own book. You, me, a four-year-old. Even a monkey.

2. There are sites set up to help you do it, like Lulu.com, iUniverse.com or BookSurge.com. Very convenient.

3. You can publish whatever you want, with however many pages you want. You’re the boss. If you want to publish your 150,000 + book, you can!

4. All the profit is yours! Nuf said.

5. Good way to make a memento for family and friends. If you aren’t interested in numbers, but would like to have your book in print simply to say you did it, this service is invaluable.

1. You pretty much do all your own marketing, even if the site says they help with that. You have to make your book stand out. Of course, you are more than likely going to have to do marketing with the bigger companies, so this could be good practice.

2. It’s costly. Self-published books (also POD) cost a lot of money to print. That means, to make any profit, you have to charge the reader a lot of money. Especially nowadays, people just don’t want to take that risk, or don’t have that kind of money to spend on a book.

3. The end results can be amateurish, at best. Editors exist for a reason. Self-published books are often the work of writers who aren’t their own best editors, don’t have readers, don’t fully understand the writing process, etc. Self-published books are more likely to contain numerous typos and the book covers are often done by amateur artists or the writers themselves. Books really are judged by their covers, so yours has to be great. Often, they’re not.

Now, before you go getting all mad at me, not all self-published books are poor quality. Just enough of them to give everyone else who self-publishes a bad rap. So know that you are fighting that battle. You’re going to have to worker harder and longer just to sell a few copies.

4. There’s a stigma attached to self-published books. Why? Read number 3. People definitely have that stigma and it isn’t going anywhere any time soon. Again, be aware of this before deciding on the self-publishing option.

5. The process can be confusing. You’re going to have to know your computer and how to do certain things on it, beyond typing words onto a blank screen and pressing save (creating and uploading book covers, for example, can be very challenging). Self-publishing can get rather technical and I found, after researching it a while ago (it may be easier now), that I may not have been able to figure it out on my own.

This short blog might seem like basic knowledge to seasoned authors/writers, but to newcomers, the differences can be confusing, or learned too late. Obviously, each method has its positives and negatives. If you are struggling to get a book deal and are considering self-publishing, consider this first. Have you done everything you can to improve your writing skills? Attend workshops, get readers, join a writer’s group, garner more experiences, edit, edit, and do more editing, and be open to constructive criticism/advice. You may simply need to grow in your skills first before writing that great novel. The first few books you write might even be practice runs.

On the other hand, self-publishing can be a wonderful way to go. You don’t have to deal with all the politics and rules of larger publishing companies, you’re your own boss. Just make sure you know all the facts before going in. It can be an expensive, time-consuming and disheartening process, especially when you look on Amazon and see your book at 2 million (that means 1,999,999 books are selling better than yours). That’s rough.

So do your research, decide why you’re doing this and whether or not you’re willing to put in the work, then go forward from there. There are going to be a lot of ups and downs (even for best selling authors – how many times has J.K. Rowling had to go to court?), so be persistent.

“You won’t ever fail if you don’t try, but you won’t succeed, either. Me, personally? I’m okay with failure. I’ve failed everything I’ve ever done and I’m okay with that. Heck, I’m more than okay with that! I’m proud of my record. Hey, you know what…I’m number one at failing! I’m a winner at losing! So just forget the rest of what I said about being a failure. Because I’m not one. That will be fifty cents, lady.”

What You Put Into It